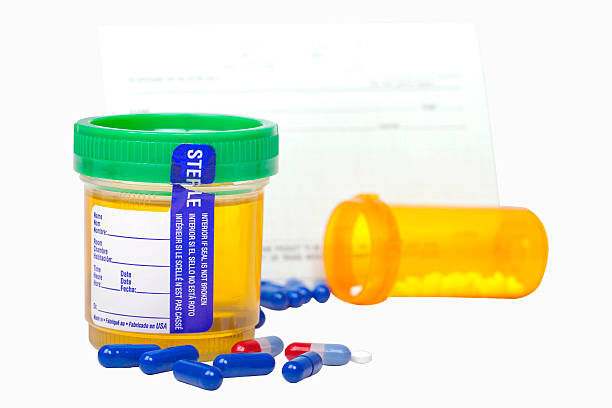 About Our 12 Panel Drug Test (Drugs of Abuse Testing), Urine

This 12-panel drug test is used to check for the presence of drug abuse through a urine sample. In comparison to our 9-panel drug test, this test covers more prescription drugs that are often abused, in addition to the most popular illicit drugs. Illicit drugs, also known as street drugs or simply illegal drugs, are almost never prescribed.

Drugs tested in this panel

Whenever a drug is taken, the body eventually breaks it down and releases byproducts known as metabolites, which are excreted through the urine. The process of metabolizing a drug is highly predictable; everyone metabolizes drugs at about the same rate, so the presence of these metabolites is a reliable indication that the tester has recently taken the drug.

More about the 12 Drugs Tested in this Panel

6-Acetyl Morphine (6-AM) – Is an intermediate metabolite between heroin and morphine. Generally, 6-AM is present for a short time after use of heroin. A finding of 6-AM in urine or oral fluid is a specific indication of heroin use or exposure

Amphetamines – Amphetamines are a highly potent and addictive class of drug that stimulates the central nervous system. They are sometimes prescribed to treat Parkinson’s Disease, ADHD, and narcolepsy. Most amphetamines can be detected for 1-3 days after use in urine.

Benzodiazepines – Likely best known today for drugs like Valium and Xanax, benzodiazepines are class of psychoactive drugs that are considered to be a type of tranquilizer. Abuse can cause a physical dependence. These drugs can be detected for up to 3 days after taken in prescribed doses, and up to 4-6 weeks if used chronically.

Cocaine – Also known as coke or crack, cocaine is an addictive stimulant drug that is derived from the coca plant. Cocaine can be detected for 2-4 days after use in urine.

Marijuana (THC) – Marijuana, or more well known as “pot” or “weed”, is the most commonly used illicit drug. The drug contains a cannabinoid known as THC, which is the main compound responsible for the psychoactive effects, and what is tested for in this panel. THC can be detected in urine for 2-7 days if used once, and for up to 1-2 months if used chronically.

MDMA (Ecstasy/Molly) – MDMA is mainly distributed in tablet form. MDMA tablets are often sold with logos, creating brand names for users to seek out. The colorful pills are often hidden among colorful candies. MDMA is also distributed in capsules, powder, and liquid forms. It acts as both a stimulant and psychedelic, producing an energizing effect, distortions in time and perception, and enhanced enjoyment of tactile experiences. MDMA mainly affects brain cells that use the chemical serotonin to communicate with each other. Serotonin helps to regulate mood, aggression, sexual activity, sleep, and sensitivity to pain. Clinical studies suggest that MDMA may increase the risk of long-term, perhaps permanent, problems with memory and learning.

Methadone – Methadone is a type of prescription opioid that may be used in treatment for addictions to heroin, opioids, or narcotic painkillers. The purpose is typically to ease the symptoms of withdrawal while not providing the “high” associated with drug use. Being an opioid, it is a powerful painkiller that is prone to tolerance increases and physical dependence.

Methaqualone – Best known by the name quaaludes, methaqualone is a synthetic central nervous system depressant that is similar to barbiturates. Introduced into American in the 1960s, quaaludes were one of the most prescribed sedatives in the 1970s before they were moved to Federal Schedule I in 1984, making them completely illegal. Quaaludes are detectable in urine for up to 72 hours.

Opiates – Opiates are derived from the poppy plant. They are used for recreational and medicinal purposes. Some well know opiates are legal such as codeine and morphine, and some are illegal such as heroin.

Phencyclidine (PCP) – Phencyclidine (PCP) is a dissociative drug that can cause hallucinations, detachment from surroundings, and sensual distortion. Also known as “Angel dust,” PCP is considered to be one of the most dangerous illicit drugs due to the state it puts the user in, its deadly complications with other depressants, and the sense of invulnerability it provides.

Propoxyphene – A type of narcotic pain reliever, propoxyphene is a prescription drug that can be deadly if not taken as prescribed or if mixed with other depressants like alcohol. Fatalities from overdosage are not uncommon, and the drug is considered to be dangerous to those who have a history of suicidal thoughts or attempts. The detection window for propoxyphene is relatively short; sometime between 6 and 48 hours after dosage.

How to Prepare and what to Expect

Those who are taking this test should not drink excessive liquids before providing the urine sample. Some believe that drinking large amounts of water before a urine drug test can hide or reduce the chances of a positive result, but all this will do is risk an invalidating the test. An official ID card will be needed.

When at your selected lab to take the test, the lab technician who is responsible for performing the drug test will provide you with instructions. The process is quite simple, as you will be asked to use the restroom and provide a urine sample in a container.

It will take a between 1-2 business days for results to come back from analysis. If a drug has tested positive, it can take an additional 2-4 days for confirmation. This test will provide either a positive, negative, or inconclusive/invalid result.

An inconclusive or invalid result means that the test was not successful in checking for the drugs. 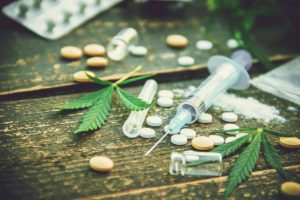